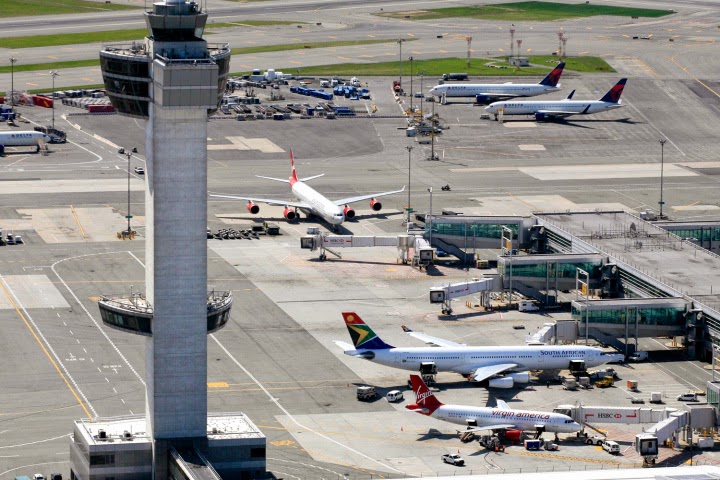 A wily reggae music executive — wanted for a 2002 murder in Maryland — was busted by federal marshals at JFK Airport late Sunday night after he crafted a new identity and eluded law enforcement for more than a decade, The Post has learned.
Kevin Reynolds was wanted for the the shooting death of Winston King in front of his screaming 11-year-old daughter in Silver Spring but managed to vanish into the shadows for the past 12 years, sources said.
Reynolds allegedly changed his identity to become “Dennis Graham” and soon climbed the ranks at popular reggae and dancehall music label 21st Hapilos Digital Distribution that lists offices on Madison Avenue as well as in Jamaica, law enforcement sources told The Post.
Despite his wanted status, Reynolds obtained new paperwork and passports and settled in Canarsie, Brooklyn while helping run the music company.
Sources said he even managed to fly freely from New York to Jamaica and back without detection until he was finally busted this weekend while waiting to board a flight to Kingston.
He was nabbed by the New York/New Jersey Regional Fugitive Task Force and NYPD detectives, sources told The Post.
Along with another man, Reynolds allegedly approached King and his daughter in a parking lot outside their Maryland apartment complex in November 2002, sources said. The men knew each other.
Reynolds allegedly dragged King away while his accomplice put his hand over his daughter’s mouth. She later heard gunshots and saw the men speed off, according to sources.
The child saw her father stagger and eventually collapse but told cops she recognized Reynolds before he bolted, sources said.
Twelve years later, Reynolds is expected to be extradited to Maryland to face murder charges.