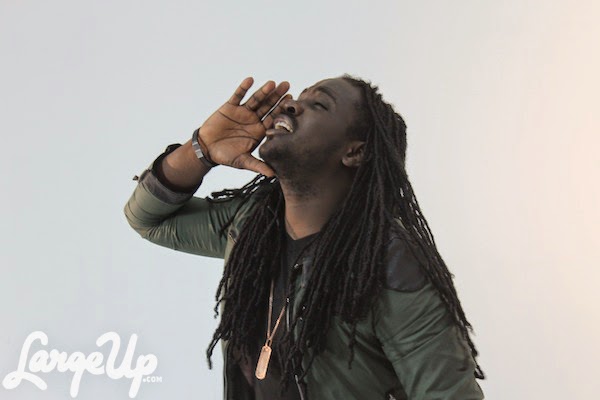 Kingston, JAMAICA: - Towards the end of 2011, high-riding reggae and dancehall singer, I-Octane made his contribution to the Cash Flow Records-produced riddim, Faithful, with a song entitled Topic Of The Day. Despite it being a mellow, lyrically powerful song on a bouncy and intense riddim, Topic Of The Day just didn’t live out its name in the fickle and highly unpredictable world of dancehall.

However, fast forward a few years and get ready to welcome the new enhanced version of the soundtrack of the critically acclaimed, action-adventure video game, Grand Theft Auto V; suddenly, the single is more than the Topic Of The Day; it has become the official flavour of the day. Actually, for the past three months game-heads have been feverishly scouring the Internet for Topic Of The Day and, having found it on Youtube, triumphantly declare: “GTA V brought me here!” and go on to sing praises for the song, which is played on Blue Ark FM in the game. “Every time I hear this in GTA gotta put the volume to full and cruise around Los Santos :),” one game

As can be expected, Team  I-Octane is immensely pleased with this major accomplishment, while admitting that much of the credit must be given to The Royalty Network Inc, the New York-based music publishing and administration corporation which represents I-Octane’s interests overseas. It was they who brokered the deal that made this a reality. However, quite ironically, the real sales figures of the mega-successful GTA V, actually sound like a fairy-tale. Grand Theft Auto V broke industry sales records and became the fastest-selling entertainment product in history, earning US$800 million in its first day and US$1 billion in its first three days. 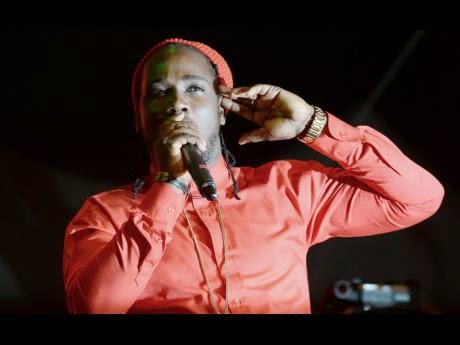 Guinness World Records confirmed that the launch of GTA V broke all of six new world records including the highest revenue generated by an entertainment product in 24 hours and the fastest entertainment property to gross $1 billion.
But, does Topic Of The Day being in GTA V translate into great financial rewards for I-Octane or is it more of a strategic placement for value such as greater global recognition and overall branding?
According to company exec, Frank Liwall, it offers a combination of both.  “Without a doubt it has an impact from a name recognition standpoint for I-Octane to appear on a playlist curated for the well-respected Grand Theft Auto brand.  While, it also provides I-Octane with an additional monetary reward for licensing the song and its use.”

In explaining how the song was shopped, Liwall said The Royalty Network offered several songs from Octane’s catalogue when GTA V was in the development stage over one year ago.
“Creative control as to which they wanted to choose was left in the hands of the music supervisors who handle the game, who we happen to have excellent relationships with, which is why they came to us for suggestions in the first place,” Liwall said.
When quizzed if there were any other songs from I-Octane  that are in the negotiation phase for more of this kind of success, Liwall was quite optimistic.
“Our creative team is always working on exploitation opportunities for I-Octane's catalogue, since we value him as one of the strongest forces when people are seeking QUALITY Reggae songs.  The fact that he writes the majority of his songs is a huge plus in our ability to really get behind pushing his material,” he declared.

Grand Theft Auto V is described as an open world, action-adventure video game and was developed by Rockstar North and published by Rockstar Games. It was released on September 17, 2013 for the PlayStation 3 and Xbox 360, while and enhanced version was released on November 18, 2014 for the PlayStation 4 and Xbox One. It is scheduled to be released on April 14, 2015 for Microsoft Windows.
The soundtrack features various radio stations that play different genres of music when the player enters vehicles in the game. There are 17 in-game stations – 15 of which are musical stations – with 240 licensed songs. The stations play different genres of music, including reggae, hip hop, pop and country, with The Blue Ark FM with DJ Lee “Scratch” Perry selecting reggae, dancehall and dub. In September 2014, it was announced that new songs would be added to some of the radio stations in the next-gen releases of the game.

Notable too, is the fact that although the “original” GTA V was released in 2013, the version which features Topic of the Day was released on PS4/XBOXone on November 18, 2014. The PC version will come out April 14.
Reggae and dancehall artistes also featured on the enhanced version include Lee "Scratch" Perry,  Demarco,  Vybz Kartel, Busy Signal (featuring Damian Marley) and Danny Hensworth.

Posted by Dancehallreggaeweseh.com at 4:48 AM