Kingston, JAMAICA:- Renowned for his amazing high-energy performances once he 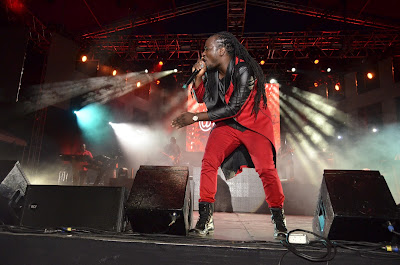 touches any stage, it was a cooled down, but no less electrifying I-Octane who treated patrons at Reggae Sumfest to an European-style performance last Thursday night.

The singjay, who has been dubbed ‘The Closer’ – owing to his history-making back-to-back closing performances at the festival in 2013 and 2014 – performed during prime time in a slot that followed insanely up-tempo sets from two of dancehall's luminaries.  Taking an on-the-spot decision to switch his set from the bouncy, riddim-driven, fast-paced flow to which his fans have become accustomed, Busta Soft Drinks Brand Ambassador I-Octane instead chose the more evocative songs from his extensive catalogue and went into straight singer mode as he wooed Reggae Sumfest Dancehall Night with a thoroughly entertaining reggae package which earned him huge forwards.

Ably backed by the award-winning Ruff Kut band, who, fortunately knows the artiste’s entire catalogue and was able to seamlessly move from the set rehearsed for the festival into this new unrehearsed track-list, the singer and the band were in complete harmony as Octane cemented his space in Sumfest history with mellow songs including My Story, Once More, L.O.V.E., Hurt By Friend, Study You Friend, Never Sell Out, Mama You Alone and others like these. He closed off with one of his most recent singles, Ghetto Life, a powerful, thought-provoking song which many critics say could very well have been the song to close the entire festival.

In an interview after his performance, the “Lose A Friend’ singer explained that he rarely makes changes to a rehearsed set, but his experience dictated that significant move last Thursday night. “As an artiste you have to keep in tune to the vibrations in order to give the audience maximum satisfaction. I know that Ruff Kut knows my songs, so although I went on stage with the high-energy Buss A Blank, as we had rehearsed, I signaled to them that we were going a different route, and by the third song, we were well on our way. It was good to give my fans a taste of a ‘mellow’ Octane and I think they loved it,” he said modestly. 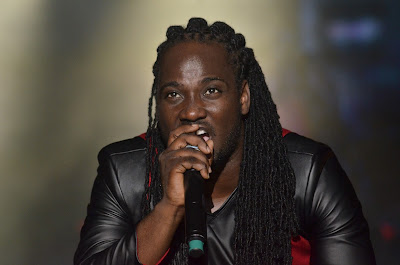 Music critics, radio disc jocks, musicians have lauded it as a “brilliant move”.

“What I-Octane did had the hallmark of experience,” said the drummer for Ruff Kut Band Ricardo ‘Ricky’ Davis. “He realized that with the pace at which the show was going, the set he had planned might not have had the desired effect, so he changed up things and this made for a much more interesting Dancehall Night package overall. It was a good move and I would have advised him to do the same thing.”

And was the band fazed any at all by the last-minute change?

“Not in the least. We’ve worked with the best of the best in Reggae and Dancehall, and this is the type of reaction we have come to expect from those extraordinary artistes who have a deep passion for their craft. Once he paused and held up his hand to us we knew what he was about to do. Immediately, Beenie Man comes to mind as an artiste who would have successfully done the very same thing, given the same circumstances,” Ricky concluded.
Posted by Dancehallreggaeweseh.com at 4:21 PM