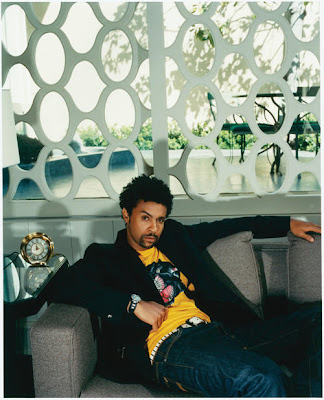 Diamond-selling artiste, Shaggy, has the winning formula when it comes to making memorable videos. Remember It Wasn’t Me, Church Heathen and now his latest Bad Man Don’t Cry.
Premiered only a few weeks ago at Asylum’s anniversary celebration at Mas Camp, New Kingston, the video is already soaring in popularity.
Since its release, it has raced up the chart and claimed the top spot on Hype TV’s video chart a week ago. It’s now in its second week as the top video on that chart. Over on the RE TV Music Video Countdown charts Bad Man Nuh Cry is at #4, while on CVM’s Hitlist it’s in the #3 position.
Bad Man Don’t Cry was shot entirely on location in Jamaica under the direction of acclaimed video director, Jay Will. It features a variety of Jamaican celebrities in the cast, including Olympians Usain Bolt and Asafa Powell, Metro Media selector, Sky Juice, retired cop, Reneto Adams, Asylum’s Brian ‘Ribbi’ Chung and Eal Samuels, club owner, Carlos Max Brown, veteran deejay, Josey Wales, television personality, Milk, singjay Bar-bee and producer Danny Champagne among others.
The video tells the story of a Don and his right hand man (Shaggy) who is messing around his girl. It so happens that Shaggy the Mr Lover, Lover deejay falls in love with the Don’s sweetheart and could not control his emotions so he had to seek counseling. By this time, the Don has already had a hunch that someone in his organisation is messing around with his girl so he goes on a rampage trying to figure out who exactly it was. Therein lies the drama.
Posted by Dancehallreggaeweseh.com at 6:57 PM