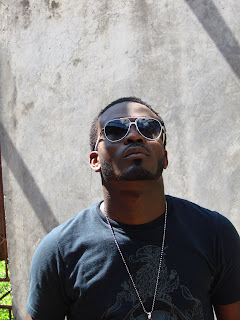 In reflection, the year 2008 was one of many challenges, and it was also the year when reggae/gospel artiste Prodigal Son was tried and tested and his mettle strengthened in the fire.
During it all, the gospel deejay never lost faith and kept in the race, determined to make the year a memorable one musically. And, if his nominations by various awarding bodies are anything to go by, then it can be said that Prodigal Son definitely enjoyed a good season last year.
Here in Jamaica, the artiste has been nominated in the Excellence in Music and Entertainment Awards (EMEs), the Youth View Awards and Re TV Awards. And in the Bahamas, Prodigal Son has eight nominations in that islands Marlin Awards.
This is a great ego booster for any act, but for Prodigal, it’s not about the hype, he is simply giving thanks to the Almighty that his work is being recognized and he is making a difference is the lives of so many persons through his music ministry.
“I am just happy to see that all the hard work that I put in last year is being recognized,” the artiste said.
He is comfortable with all these nominations, and while he would like to emerge winner in at least some of the categories, he says that winning is not really his focus at this time. “There is a lot more work to be done and I have a mission to accomplish,” he said soberly.
Prodigal, however, is especially happy at the attention his edgy, thought-provoking song, Head Cyaan Hot So has been getting from mainstream.
“The response has been excellent,” he said with a grin. “It’s almost too good to be true. I am not one of those artistes who can complain that secular people don’t accept gospel. The song has been receiving crazy play all over radio and in the dancehall and I am grateful. This song is real message and it cuts across all barriers,” he explained.
The song is climbing the charts on RE TV’s Hit List and also on Hype.
To kick start his touring season, Prodigal leaves for Belize in February and in March he sets off on a pilgrimage to Sierra Leone, Africa, where he has been invited by an overseas music ministry to give his musical testimony. “It will be my first time in Africa and while it will be a joy, there is also some amount of cautious anticipation, as you don’t really know what to expect,” he confessed.
But, as he says, “God’s will be done.”
SOURCE: dancehallreggaeweseh.com
Posted by Dancehallreggaeweseh.com at 10:45 PM