BEENIE APPROACHED ALLIANCE FOR BEENIE SIZZLE BUT THEY REFUSED 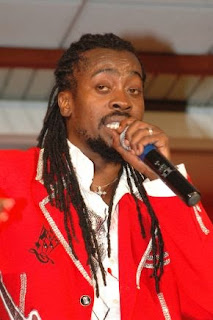 Beenie Man said that he had attempted to approach the Alliance to do his Beenie Sizzle show as a sign of unity, especially in a time when Jamaica is doing so well on the international scene with the
sprinting prowess of its athletes.
“We stand up one place backstage and mi see Julian and mi ask Baller Davis fi say to Julian (Killer’s manager) if the artistes dem nah do the show, and him say the ‘artistes dem ah go Japan’. Mi approach dem because mi ah promote peace, and ah push unity, but dem refuse. So big up Shelly Ann Fraser and Bolt on their great performances in Berlin, the fans dem ah say Gully and Gaza right now, and mi ah say Jamaica right now,” he said.
He said that he was promoting a ‘feel-good vibe’ at Beenie Sizzle which will also double as a celebration of the athlete’s performances in Berlin, Germany.
“Beenie Sizzle will be about great music, I am giving away 5,000 tickets so that the fans can come and celebrate being Jamaican and the great performances of the athletes,” he said.
The show, sponsored by corporate giants LIME, will feature musical heavyweights such as Rick Ross, Vybz Kartel and the Portmore Empire, Queen Ifrica, Sizzla, Destra, Jah Cure, Aidonia, Junior Reid, Freddie
McGregor and the Big Ship family, Mr. Vegas, Laden, D’Angel, Barrington Levy, G Whiz, Heavy D, RDX, Mykal Rose, Nesbeth, I Octane, Goddy Goddy and Ward 21.
LIME will distribute the 5,000 tickets through a texting competition open to the public and details of that will be announced in the press soon once approval is granted by the Betting Gaming and Lotteries
Commission.
Part proceeds of the event will be used to rebuild a school in Waterhouse, and Beenie Man is joining forces with the LIME Foundation to give out computers and provide Internet services in war-torn areas
of the Corporate Area, as well as rural Jamaica.
Posted by Dancehallreggaeweseh.com at 9:40 AM