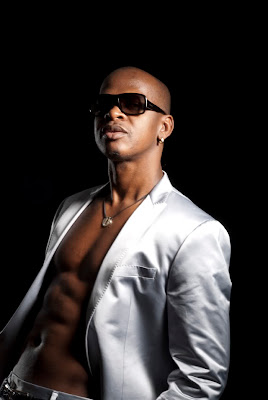 Mr. Vegas will be celebrating his birthday swag style with a champagne-swilling soiree/video launch at the Stone Love HQ on September 30th.

The event, which will be sponsored by Magnum Tonic Wine, will see the highly anticipated launch of his Jay Will-directed video, Gallis/Sassa Step starting at 8pm – 10pm followed by an after party that will see Vegas partying with his superstar friends.

“The event is going to be great. Vegas really knows how to throw a party and this party will go on right into Weddy Weddy at Stone Love HQ. Plus, a lot of industry people are looking forward to seeing Jay
Will’s latest project, especially since it is a dance video, something he has not done for a while,” manager Ray Alexander of Khool International, said in a release.

In the meantime, the singjay’s monster hit song, I Am Blessed, on the Liv Up Records imprint has been blowing up the airwaves in the United States over the Summer alongside other big songs on the same Riddim from fellow entertainers Vybz Kartel, Mavado and Serani.

Mr. Vegas leaves the island on Thursday to perform at a club in New Hampshire on September 24th. The following day, Mr. Vegas will perform in Brooklyn, NY before heading off to shows in Albany, NY on
the 26th and Hartford, Connecticut on the 27th. He will celebrate his actual birthday in New York on September 29th before jetting to Jamaica to kick off his Magnum-sponsored event.

Mr. Vegas was one of the headliners at urban radio station HOT97's "On Da Reggae Tip" show earlier this month.
Posted by Dancehallreggaeweseh.com at 12:07 AM