Mariah Carey Touches Down in Brazil 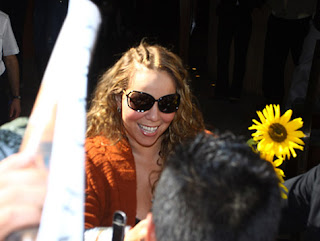 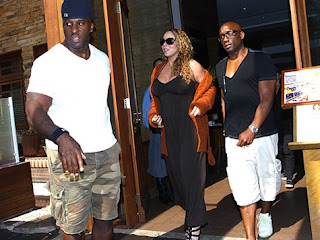 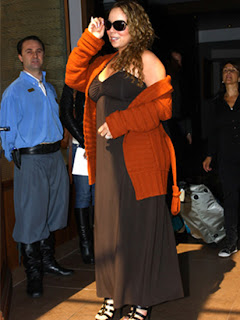 Mariah Carey has remained out of the public eye for the last few months, sparking rumors that she is pregnant. But the pop songbird resurfaced in São Paulo, Brazil , on Thursday (Aug. 18). After dining at a steakhouse and greeting her lambs, MC headed to the Fasano Hotel for some rest. She is in the South American country to perform at the Festa Do Peão de Boiadeiros (Cowboy Festival) in Barretos this weekend.
During a recent press conference in Seoul, South Korea, Island Def Jam executive Matt Voss announced that Mariah’s Christmas album will be released on November 2. It will reportedly feature six new songs, plus covers and a new mix of her classic “All I Want For Christmas Is You.” The album’s packaging was shot by famed photographer David LaChapelle.
Source: rap-up
Posted by Dancehallreggaeweseh.com at 2:03 PM