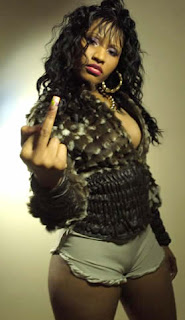 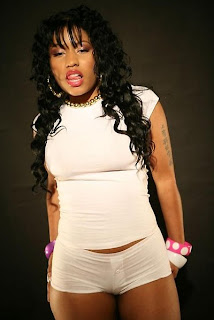 Besides making a million off a mixtape, allegedly everyone’s new found favorite Barbie, Nicki Minaj is the latest celebrity to have a sex tape hit the Web. The tape is reportedly being punted around with an asking price of $100,000, and it is claimed that it features the 26-year-old before she rose to fame.
Maybe Roman is actually getting his revenge after all.
It’s not certain that this alleged sex tape will be released or even exists, however, everyone adores the thought of a possible juicy sex scandal. Why are we even so concerned with what celebrities do in the privacy of their bedroom?
Source: globalgrind.com
Posted by Dancehallreggaeweseh.com at 8:51 PM