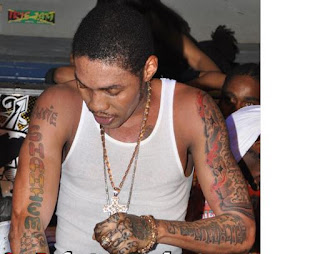 Speaking with The STAR yesterday, the deejay said that he made this decision because he has moved past persons trying to get a 'hype' off his name and he is trying to distance himself from negative associations.

"Me stop do gun song and bad man lyrics," he said. "I did a song called

Bad Up Yuh Mada and everyone and their mada counteracted it. Well, I got news for them. Dem a war wid demselves, cause I ain't giving them the time of day, hush yaw insects and parasites. I must be Twitter cause everybody a follow me."

He added, "With that being said

, the record must show that firstly Big Bad And Brave, secondly Duppy Know Who Fi Frighten and thirdly Clap It Up were all released this month just in case people hear them and think I'm going against my word."

Kartel has been known throughout his career for recording gun and bad man lyrics in songs such as War Nah Talk Over,12 Gauge, Broad Daylight, When We A War, Weh Dem A Go, Kill Dem All And Done and more.

He has also done a number of counteractions aimed at former rival Mavado, former mentor Bounty Killer, and the Alliance. Kartel however says, "I just think it's played out now and I don't have time for the negative associated with it or the other artistes who seek to counteract them as a means to reignite their mediocre career. It takes away from creativity." 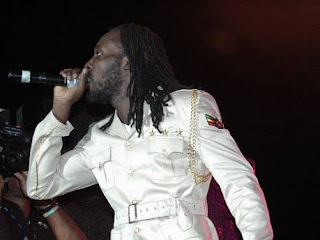 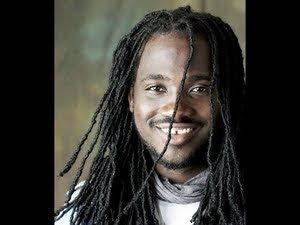 In the future, Kartel says he will not be responding to any lyrics aimed at him directly or indirectly. He said, "Why should I? It's all about Gaza, Gully and I-Octane, so anyone who wants to bridge the current, so to speak, will have to do so with creativity and originality. Not mediocrity and frivolous banter."

He added, "I wonder if these artistes don't feel shame or they don't have any shame. I did a song saying 'call up me name jus fi get a forward' and it seems like that song just fell on deaf ears, because they're doing it now more than ever. But you know what? More than anything, I feel sorry for them."

As to whether he will do these songs during stage-show performances, the deejay said he had not done a gun song for close to a year. He added, "Only since this year I did Real Bad Man, Clap It Up - both of which I regret doing and Duppy Know Who Fi Frighten. With the exception of Duppy Know, I don't think I will be performing those songs."

The artiste says that even with his stance, his songs will still be lyrically interesting and fans can expect the 'usual Kartel topics.' He disclosed, "remember I'm a person who sings about my life. And in my life there is never a dull moment."

Posted by Dancehallreggaeweseh.com at 4:51 PM