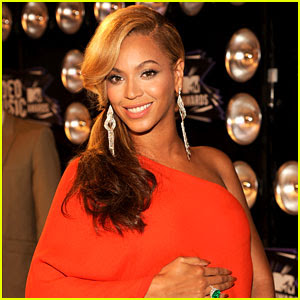 Beyonce’s surprise pregnancy announcement at the 2011 MTV VMAs has affected her upcoming film project A Star Is Born.

Warner Bros. was hoping to start production on the film in February 2012, but these plans will have to be postponed due to Beyonce’s pregnancy, according to Deadline.

While Leonardo DiCaprio was rumored to join Bey in the Clint Eastwood-directed film, he has turned down the role.

“I met with Clint and I was so nervous and I know that it is the biggest opportunity of my life,” Beyonce said about the film. “I will work as hard as I can, because I can’t wait. And I am so happy that he trusts me and I am in good hands and I am so fortunate.”

WILL YOU WATCH Beyonce in A Star Is Born?

Posted by Dancehallreggaeweseh.com at 10:51 AM

Email ThisBlogThis!Share to TwitterShare to FacebookShare to Pinterest
Labels: Beyoncé