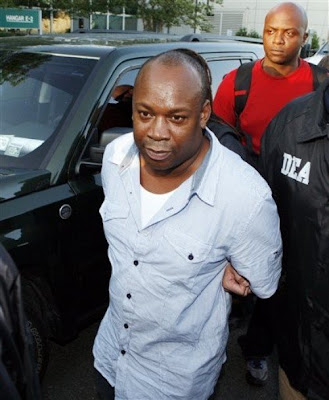 While appearing in a lower Manhattan court, Coke pleaded guilty to one count of trafficking in narcotics and firearm trafficking under the Racketeer Influenced and Corrupt Organizations (RICO) Act.

The Racketeer Influenced and Corrupt Organizations Act, commonly referred to as the RICO Act or simply RICO, is a United States federal law that provides for extended criminal penalties and a civil cause of action for acts performed as part of an ongoing criminal organization

He also pleaded guilty to one count of assault.

The nephew, who asked not to be named, said he spoke to his uncle recently and did not receive any indication that Coke had plans to plead the way he did.

Coke faces a maximum of 23 years and The Gleaner understands that prosecutors will seek the full term. He will be sentenced on December 8 at 4 p.m.

One month after security forces and the fugitive's supporters engaged in a bloody battle in his community, Coke – who was the community leader in Tivoli Gardens in West Kingston – was arrested in June 2010.

At least 73 persons were killed in the fighting, which involved gunmen from across the island, who had gathered to aid Coke.

Coke, who was extradited two days after he was captured, is being held in the US, where he faces charges of drug and gun running.

Legal proceedings in his trial had begun. However, his defence took a major hit when a US Federal Court Judge ruled against suppressing wiretap evidence.

"This decision means that Coke's chances of being freed in connection with this indictment are now statistically very low," US-based Jamaican law Professor David Rowe told The Gleaner shortly after the judge's ruling.

"He will have to be acquitted at trial. In the face of overwhelming scientific and testimonial evidence, that is very unlikely," Rowe had added.

Posted by Dancehallreggaeweseh.com at 4:04 PM