DA’VILLE SCORES WITH WHEN I’M WITH YOU 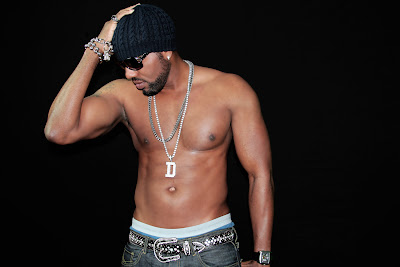 With his husky voice delivering as only he can, singer Da’ville has scored yet another number one, this time it’s with his latest single When I’m With You.

Listening to him you can almost feel yourself being enveloped in his ultra smooth voice as the soothing strains of the sweet reggae music adds that perfect touch.

Da’ville definitely hit all the right notes in When I’m With You and it’s not surprising that the song has made its way to the number one spot on Jamaica Music Chart and is now in the number 9 position on Hype TV Top 20 chart;

But then number ones are nothing new to the singer as he has found himself in that position many times. Among his top scoring numbers were In Heaven, Can’t Get Over You and On My Mind.

That Da’ville has a passion for singing is no secret as he often jokes that he was born singing.

As a youth, singing was his only escape from the trauma and painful life he was going through growing up. “My life was hard and to escape it all, I sang in church and at all the local school functions,” he reminisced.

Fast track to 2011 and Da’ville is still very much doing what he does best – delivering heartwarming songs from a voice that just pulls you in.

Now under the direction of his own Indie Label, Fashozy Records Inc., Da'Ville

is intent on riding the waves of success where his career is concerned.

The singer is already off to a flying start with his music being embraced in Japan, USA and the Caribbean.

“The best is yet to come,” promise Da’ville as he continues to record winsome numbers.

Posted by Dancehallreggaeweseh.com at 1:50 PM