Broke As A Joke: Whitney Houston Has No More Racks On Racks! (DETAILS) 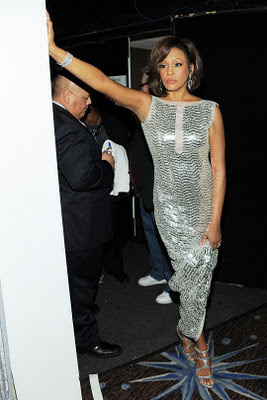 Though Houston just wrapped on Sparkle – a film which she stars in with singer Jordin Sparks, and is probably set to receive a fat compensation for her service, reports are claiming that Whitney still needed the help of her record label to support her and her lifestyle until her check was signed, sealed and delivered.

Houston, who has openly admitted to a previous cocaine addiction and tumultuous relationship with ex-husband Bobby Brown, has even resorted to asking friends for small loans as minor as $100.00 to help hold her down.
“She might be homeless if not for people saving her," a source said. “It’s so sad. She should have Mariah Carey money, and she’s flat broke!”
A rep for the star released a statement claiming that the reports are “ridiculous and not true," but we all know that cocaine is one hell of a drug.
SOURCE: DailyMail
Posted by Dancehallreggaeweseh.com at 12:04 PM