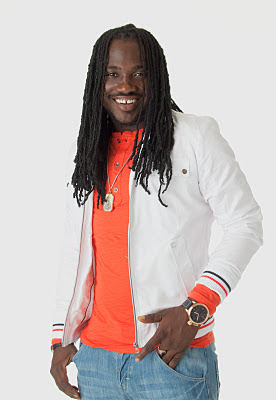 Debut Album Crying To The Nation out Feb 14

I-Octane will release his debut album Crying To The Nation onFeb 14, 2012. The 16-track opus is a joint venture deal with reggae powerhouse VP Records and Scikron, which is owned and operated by Robert Livingston, former long-time manager of multi-platinum artist Shaggy. On I-Octane's first full-length LP, he will reinvigorate the feeling of roots and dancehall at its purest. I-Octane has already proven himself as a powerful lyricist and unveils his uncanny ability to sing romantic ballads and socially aware tunes on this traditional reggae album.

I-Octane’s “Puff It,” which is featured on Crying To The Nation,is chosen as one of National Public Radio's Top 5 Dancehall Tracks for 2011. NPR's Baz Dreisinger describes I-Octane as “2011's buzzworthy newcomer: a Rastafarian DJ in the vein of Sizzla or Capleton, comfortable moving from conscious music to hardcore dancehall and back again.” The year’s favorite anthem showcases his “signature style: rapid-fire rhyming skills, haunting vocals and simple, singalong hooks,” Dreisinger adds.

I-Octane also renews his Digicel sponsorship deal for 2012. This is second year he will serve as the sole Brand Ambassador for the Caribbean’s largest mobile communications provider. Shelly-Ann Curran, Digicel's Sponsorship and Activations Manager, recently told the Jamaica Observer that I-Octane’s “unique style of music mirrors the youthful vibrancy and positive energy that is Digicel.”


TAKE A LISTENING TO THE TRACK BELOW

Posted by Dancehallreggaeweseh.com at 2:02 PM