RIHANNA KICKS IT AT CLIPPERS GAME 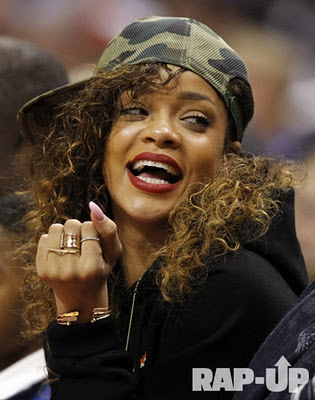 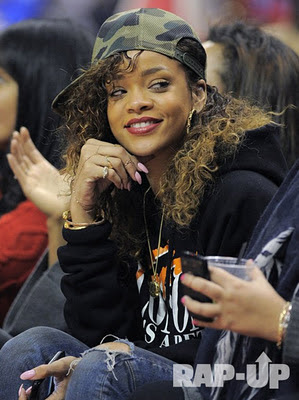 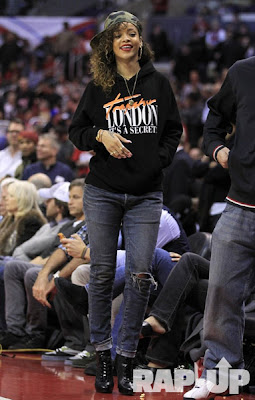 After bringing the Lakers some good luck earlier in the week, Rihanna worked her magic for the Clippers. RiRi was courtside at the Staples Center as the L.A. team took on the Miami heat, defeating them 95-89.
Keeping it casual in a camouflage snapback hat, black Trapstar hoodie, and torn jeans, the “You Da One” singer—who won Favorite R&B Artist at last night’s People’s Choice Awards—enjoyed a beer and popcorn as she cheered with her friends.
Other celebrity sightings included Aziz Ansari, Chris Rock, Gabrielle Union, and Tyga with his girlfriend Blac Chyna.
Source:rap-up.com
Posted by Dancehallreggaeweseh.com at 12:11 PM